In 1994, at the age of 74, Habibou Sawadogo was banished from her village after being found “guilty” of using witchcraft to cause the death of a child. In 2011, Amnesty International and local partners began working with community leaders to abolish the tradition of banishment. Through engagement and dialogue, villagers came to understand that such practices violated the dignity and human rights of women. As a result, many women were reunited with their communities.

In Mossi society, life is ruled by customary law and practices, where the Naabas (traditional leaders) make key decisions affecting the political, social and economic life of the community. 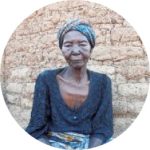 “On the day of my banishment, the Siongo came to my house three times . . . Eventually they decided I was responsible [for the death of the child]. I had to immediately leave the village or risk losing my life.”

“Ending this form of exclusion and violence against women is a process that involves cooperation at all levels—from international, regional and national laws, to the work of community-based organizations, traditional leaders and community members.” 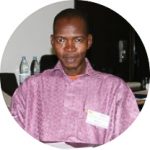 Despite the existence of regional laws protecting the rights of women, traditional customs often prevail and banishment of women accused of witchcraft still happens in rural communities in Burkina Faso. Siongo and Zangogo rituals are used to identify people—mostly elderly women—thought to possess powers used to cause the death of others. Those accused of witchcraft are then subject to discrimination and violence.

In 2011, with the support of the Mogho Naaba (the King of the Mossi people), Amnesty International in Burkina Faso and its local partners worked closely with communities in Kourweogo and Passoré provinces to change this practice. After training in human rights education, two of the King’s traditional leaders visited the villages to engage directly with the local people.

Through active participation in workshops, community dialogue, theater forum plays and radio programs, the villagers realized that it was never men or the mother or widow in a powerful local family who was banished from the community.

The Mossi people began to realize that these practices were mostly directed against older women—particularly those who were poor and uneducated or isolated from other family members. They began to understand the principles of equality, dignity and power, and to recognize the existence of discriminatory, unequal and unjust treatment of women who were already marginalized from their community.

The practice of banishing older women on allegations of witchcraft gradually disappeared in 16 villages of Boussé in Kourweogo Province alone. Several women accused of witchcraft were not banished from their homes and many women were reintegrated into their communities in Kourweogo and Passoré provinces. A center was also created to host ostracized women from other regions of the country during negotiations for their rehabilitation and return.

Eighteen years after being forced to leave her home, Habibou Sawadogo returned to her community and was reunited with her family.

A NATIONAL PLAN TO END BANISHMENT

In 2012, the government of Burkina Faso adopted a national plan of action to end the banishment of women accused of witchcraft. Under the four-year plan, the Ministry for Social Action and National Solidarity offers legal, financial and psychosocial support to women who have been victims of such practices.

The King addresses the
Mossi people

“I cannot approve, on the basis of traditional or cultural beliefs, that human rights and dignity continue to be violated. I accordingly invite all the citizens of Burkina Faso and mainly people living in the villages, districts and regions under my control … to put an end to all forms of violence and social exclusion of women. I invite and encourage all initiatives for the social integration of all the women excluded from their communities and to assist them in their return to their communities.”

In 2006, Burkina Faso ratified the 2003 Protocol to the African Charter on Human and Peoples’ Rights on the Rights of Women, which commits States to “ensure the right of elderly women to freedom from violence, including sexual abuse, discrimination based on age and the right to be treated with dignity.”